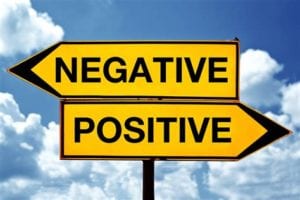 The noise around negative interest rates in the UK is getting louder.

On 4th February, the PRA (Prudential Regulatory Authority) wrote to deposit-taking institutions, including large credit unions, to advise that it believes that six months should be sufficient for deposit-takers to be able to implement negative interests, should the base rate go below 0% and the deposit-takers follow with some or all of their own product tariffs. So basically credit unions would get six months’ notice if base rate were to go below zero.

The base rate itself is not a critical driver for credit union balance sheet management and pricing compared to banks. However, the impact of being charged for holding funds with banks, if that is how banks respond, would put further pressure on loan income . Credit union P&Ls are already affected by the meagre returns available currently on permissible bank deposits. Credit unions in Ireland are already having to address this issue, as negative interest rates have been implemented.

The PRA’s letter states that “our engagement to date and this subsequent letter should not be interpreted as a signal that the setting of a negative Bank Rate is imminent, or indeed in prospect at any time,” and some commentators following the Governor of the Bank of England’s references to negative rates think he is not in favour. But it is clearly ‘an option’, and credit unions would do well to have this on their radar.

CFCFE is researching what actions credit unions are taking to manage liabilities (other than lending) and we will be publishing on this in the coming weeks. Contact Nick Money, nick.money@swobodacentre.org, if you have views on this subject you wish to share.