Money shame: Is being declined for credit the last taboo?

The Swoboda Centre is partnering with the Centre for Business in Society (CBiS) at Coventry University on a project to research best practice in managing loan declines positively for credit unions and community development finance institutions (CDFIs), funded by Fair4All (read more here). In this ‘Food for Thought’ blog, Professor Sally Dibb and Dr Lindsey Appleyard from CBiS consider the issue of shame for declined loan applicants. 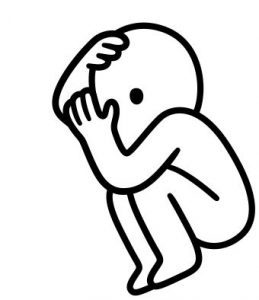 Recent research from the US has identified money can be a cause of both stress and shame, with many Americans seeing problems with their finances as a sign of personal weakness.

Those behind the research suggest that ‘American Dream’ may be partly to blame – people believe that they have failed if they are unable to achieve the success that supposedly is open to anyone who works hard enough.

But what about in the UK, where money is the last taboo and people are notoriously reticent to talk about it?  Through interviews with experts and workshops which discussed the problem, we were able to learn more about this issue. This research found there were many barriers that could prevent people from seeking guidance about money or asking for help.  These included feeling ashamed or embarrassed, or not wanting to be thought of as poor.  Some were worried about losing face or had a fear of being judged by family or friends.

A lack of confidence or trust in the financial system is also a problem. Many of those we spoke to lacked trust in financial institutions or worried that they might not receive the right advice from them. Others were in denial about their money problems, perhaps acting as everything was normal rather than being honest with themselves about their situation.

This situation could be particularly acute for the more financial vulnerable. In a recent telephone survey looking at the experiences of 256 individuals who had been declined for credit, we found that just 8% of those who had been declined sought advice from a debt charity or advice agency, with people being more likely to go into arrears with bills or take payment holidays (12%).  Even more worrying is that the credit providers who had declined these applicants often did very little to help them. When questioned about the last occasion they were declined credit:

These findings have important implications for normalising conversations around money and particular recommendations for financial institutions to reduce anxiety around money. People told us that credit providers could improve their response and support for declined applications in a number of different ways. For example, showing a greater understanding of people’s financial situation through taking a sympathetic approach could help to reduce the anxiety associated with talking about money. Some people would have appreciated referral to either another lender that may be able to provide a source of credit or if appropriate, an independent debt advice agency. Transparency about why people were declined for credit highlights what people can do to manage their situation and advice on how to improve their financial situation so that applications for credit could be successful in the future. Also, understanding that many other people were also experiencing financial difficulties may shift the perception from blaming individuals for their situation rather than the broader system.

A good outcome for people being declined for credit is therefore knowing why they were declined, where to access support and/or what actions they can take to support themselves.