THE PURPOSE OF THE CENTRE

For nearly two hundred years, co-operative and other community-based financial institutions have provided financial services to European citizens and small businesses with the prime objective of delivering social and economic benefit to the people they serve, rather than creating private wealth for third-party investors. They have endured with varying degrees of success – in some countries becoming major providers of financial services and, in others, relatively minor participants in the social economy.

There are few independent, not-for-profit research organisations dedicated to developing the resilience and growth of these organisations, and none – until now – focused in particular on credit unions in Ireland or Great Britain. There has been a gap in the provision of research that helps credit unions and other community finance providers identify and adopt new services, better engage communities, improve business practices, protect values, reduce risk and collaborate for the common good.

So that is why this Centre was launched in 2017.

The Centre’s focus is on the practical realities of delivering financial services such as loans, savings and insurance on an ethical and socially beneficial basis to individuals and micro- to medium-sized enterprises. Our research addresses strategic and tactical/operational issues of sustainability, such as corporate governance, business strategy, product/service development and risk management.

The Centre undertakes research across Europe, informed by experience and knowledge from around the world, but aimed at local solutions.

In memorial to the Centre’s co-founder, first chair and driving force, Ralph Swoboda, the Centre was re-named the Swoboda Research Centre on 18 November 2021. More information about Ralph’s contribution to credit unions and the Centre is presented below.

Dr Paul A. Jones, Director of Research, is Reader in the Social Economy at Liverpool John Moores University, where he heads up the Research Unit for Financial Inclusion. He is also visiting lecturer in the social economy at the Czech University of Life Sciences in Prague. Paul has had over twenty-five years’ experience in academic, action and evaluative research in credit union organisational development, financial services for lower and moderate-income households, and money and debt advice services.

The subjects of Paul’s research studies have included widening access to community finance in London, credit union strengthening in the UK and Romania, credit union governance (for the UK Government), access to affordable credit in Europe (for the European Commission), and credit union engagement with prisons (for the UK Ministry of Justice). Paul is also a frequent speaker at international credit union and co-operative events throughout Europe. He was the Editor of the Journal of Co-operative Studies from 2006 to 2015, and is currently its Deputy Editor. Paul is a director of Enterprise Credit Union and chairs the Audit and Risk Committee at Manchester Credit Union.

Nick Money, Director of Development, is an independent management consultant to co-operative and not-for-profit enterprises. Since 2011, Nick has built a practice specialising in advising executives and boards on governance, strategy and business development. Nick is an associate with the Research Unit for Financial Inclusion at Liverpool John Moores University. He is also a consultancy project supervisor for students on the MBA programme at the Alliance Manchester Business School.

Prior to consultancy, Nick worked in a variety of head of function and managerial roles at The Co-operative Bank plc, in particular in business strategy and planning, business change and marketing. Nick is an honorary Life President at Co-operative Credit Union, director of South Manchester Credit Union, and a former member of the Co-operative Governance Expert Reference Panel of the trade body Co-operatives UK.

Michael Byrne, Director, is the CEO of Core Credit Union Ltd, which serves over 32,000 members throughout South County Dublin. There he has led the credit union through a series of mergers, which have grown its assets from €33 million to €145 million.

In 2021, Michael was elected Vice President and a member of the Board of Directors for the Irish League of Credit Unions (ILCU). Michael’s vision for the sector and for Core Credit Union is the provision of a full range of ethical financial services that meet all the financial needs of its members. Michael is a founding director of Payac Services CLG, which is a credit union owned services organisation (CUSO) that enables Irish credit unions to provide current accounts to members. Core Credit Union is also one of the Founding Members of CFCFE.

A qualified accountant, Michael was a partner in a mid-size audit practice and provided audit services to a number of credit unions before joining Core Credit Union in 2011.

Caroline Domanski MBE, Director, was appointed CEO of No1 CopperPot Credit Union in 2015, and has had an extensive career in credit unions spanning 17 years. No1 CopperPot is one of the largest credit unions in the UK, with over £150 million in assets and 36,000 members.

As an executive director Caroline’s main focus is on the strategic directors of the business. Working alongside the Board to drive change which ensures the credit union remains forward thinking with a member-centric approach. Caroline regularly represents credit unions throughout the wider mutual movement, raising the profile of the industry and ensuring that credit unions are seen as a sustainable part of the financial services system within the UK. Caroline currently holds a representative seat at the Trade Bodies Round Table and newly formed Trade Associations Cyber Information Group.

Caroline was awarded the UK’s National Young Leader of the Year Award in 2012 and awarded the World Council’s Young Credit Union Person (WYCUP) scholarship in 2013 and has recently completed the BSA’s MSc programme with Loughborough University. 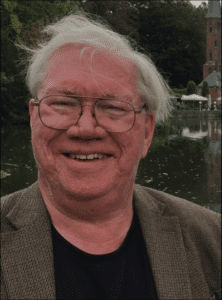 Ralph Swoboda was this research centre’s co-founder, its first chair and its intellectual driving force. Prior to his untimely death in September 2021, his long career had made him a prominent figure in the credit union movement around the world, and in particular the US, Great Britain and Ireland, where he was a friend, mentor and colleague of very many credit union activists. Tributes to Ralph at the Centre’s Credit Union Conference on 24th September 2021 can be viewed here, and an obituary in Co-op News here.

Ralph believed with a passion in the value and benefits that credit unions can bring to individuals, families and communities everywhere. From his youth, his life was immersed in credit unions, whether as president/CEO of Credit Union National Association in the US, as head of international operations for CUNA Mutual Group, as chair of the management committee of the Association of British Credit Unions Ltd or as founder of Credit Union Financial Analytics (CUFA Ltd) with Declan Mooney and Pintu Jacob. He was also a founding member of the Filene Research Institute in the US and led major credit union development projects in China, Australia and Poland.

To credit union people in Ireland and Britain, Ralph was a particular inspiration and a catalyst for change and transformation in the credit union sector. From 2013 to 2021, Ralph had made his home in Ireland. He loved the country and found himself to be an Irishman at heart with all his Irish friends and colleagues. But by the time, Ralph arrived in the country, the esteemed and well-loved Irish credit union movement was struggling to remain relevant to contemporary Irish society and lend sufficiently to assure its economic viability. Ralph spotted the problems and the Centre launched its inaugural report in December 2017: ‘The Irish Credit Union Business Model: Is it still Fit for Purpose?’. In this report, Ralph and his colleagues articulated the challenges facing Irish credit unions today, many of which have been taken up by credit unions throughout Ireland.

Many years before, in 1996, Ralph arrived in Britain from the US on an expedition to find out why, unlike the Irish credit union movement, the British movement was going nowhere. At the time, even after 10 years of development, credit unions were lucky to have just a few hundred members. It was Ralph who saw clearly the problem that the then current British credit union business model was certainly not fit for purpose and that British legislation was the most restrictive in the world. He drove and inspired the seminal research, ‘Towards sustainable credit union development’, written by Dr Paul A. Jones, now the Centre’s Director of Research, in 1999. Ralph challenged the then leaders of many small British credit unions to professionalise their businesses and modernise methods of savings and loans to compete effectively with other financial services businesses on the high street.

This Centre is his legacy to Irish and British credit unions. The directors, staff and members are committed, in his honour, to ensure that the institution works effectively for the credit union sector in Ireland and Britain, and the Centre was renamed in his memory on 18th November 2021.

The Research Advisory Board advises the Centre on its research methodology, standards and quality, and oversees peer review of the Centre’s publications. Its members are distinguished academic and professional experts who have demonstrated qualifications in specialist areas relevant to the Centre’s work.

Current members of the Advisory Board: 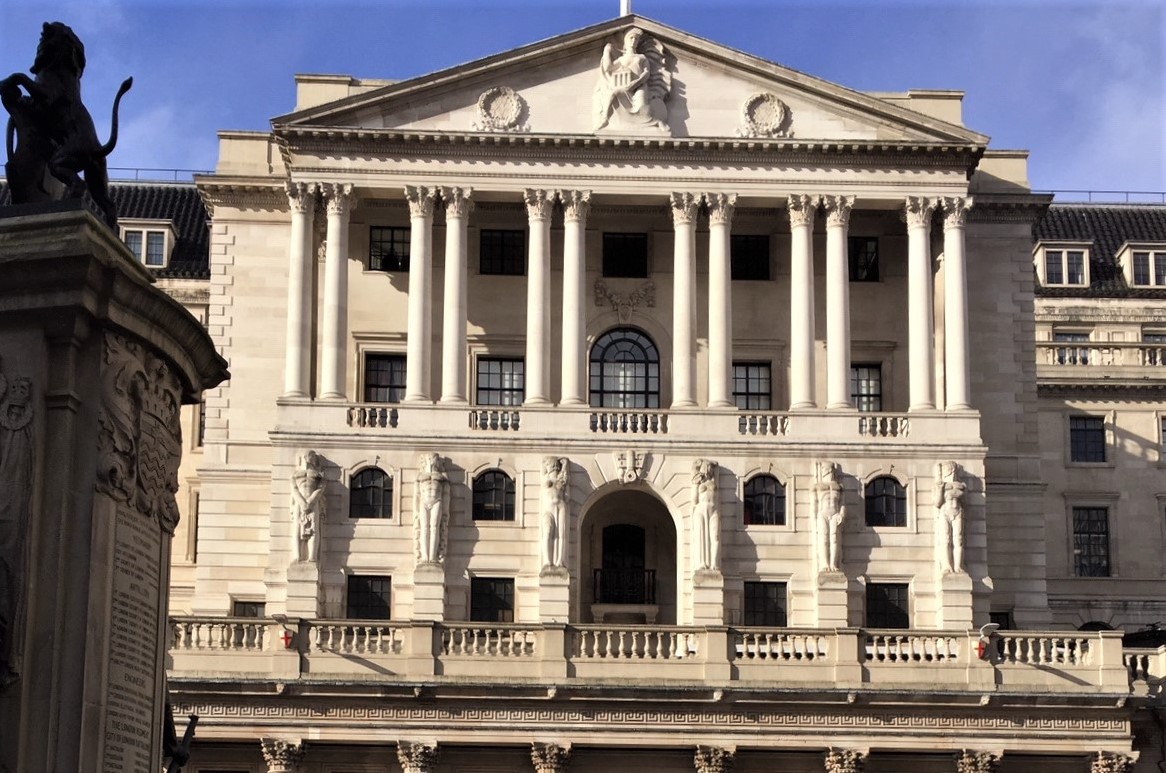